Save patients from the Covid -19 Pandemic 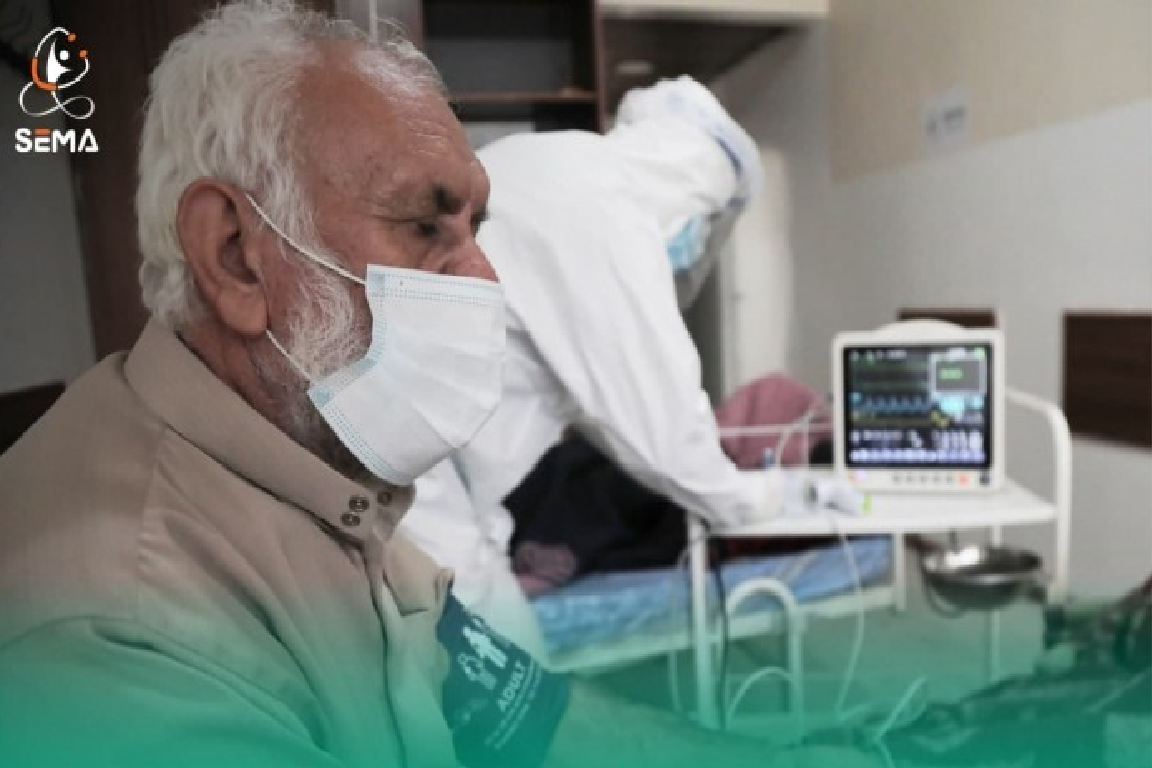 The spread of the Coronavirus in northwest Syria increases the suffering of the Syrians and threatens their lives … Join us so we can help together treating 200 infected persons and save their lives before it is too late! 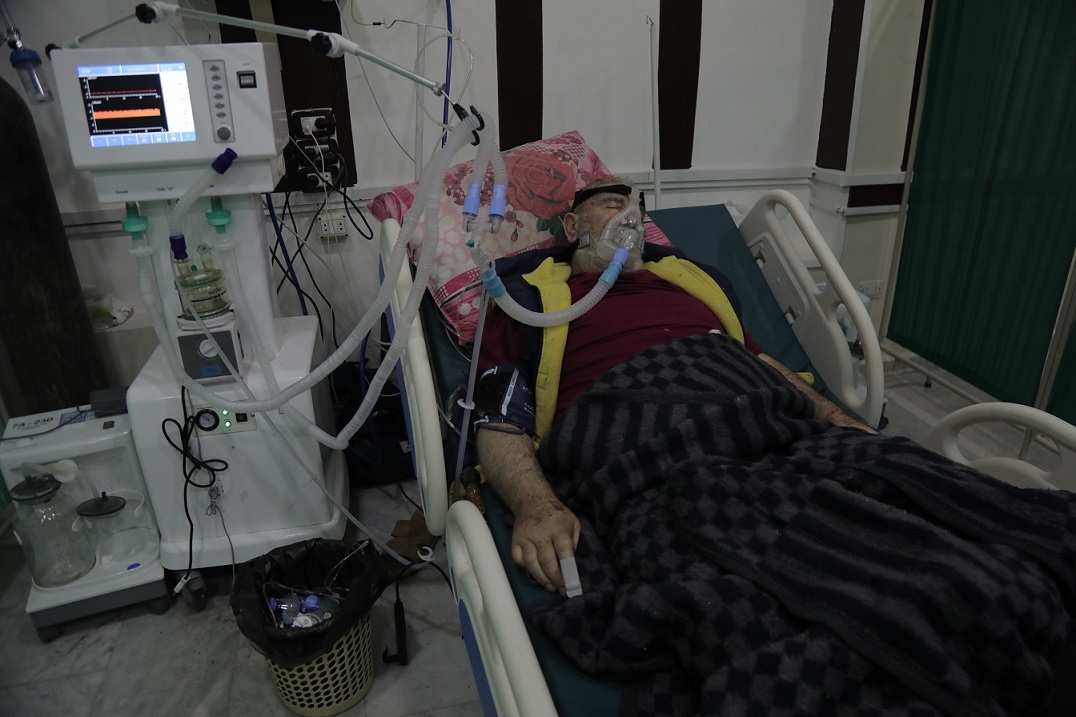 Since the first case of COVID-19 was reported in northwest Syria on 9/7/2020, attention and fears of a widespread of the disease were directed to the area that is considered one of the poorest in the world, and which is greatly affected by the scourge of war, especially with the absence of a central authority that could contain the pandemic and publicize the prevention measures in the area, as well as the weak health system in place. These fears were also extended with the existence of two million displaced people who are living in camps lacking the least life necessities and who are mostly from the elderly, women, children, and war-injured people. This situation is further exacerbated by the limited financial, medical and human resources, which are the weakest on a global scale, and the absence of the proper infrastructure, the specialized hospitals, and the sufficient management of the health system, as it is run only by the humanitarian organizations across the border from Turkey; these organizations are already suffering from serious lack of fund.

30-40% is the daily percentage of positive cases in northwest Syria! A warning for the collapse of the health system jeopardizing the lives of four million people! 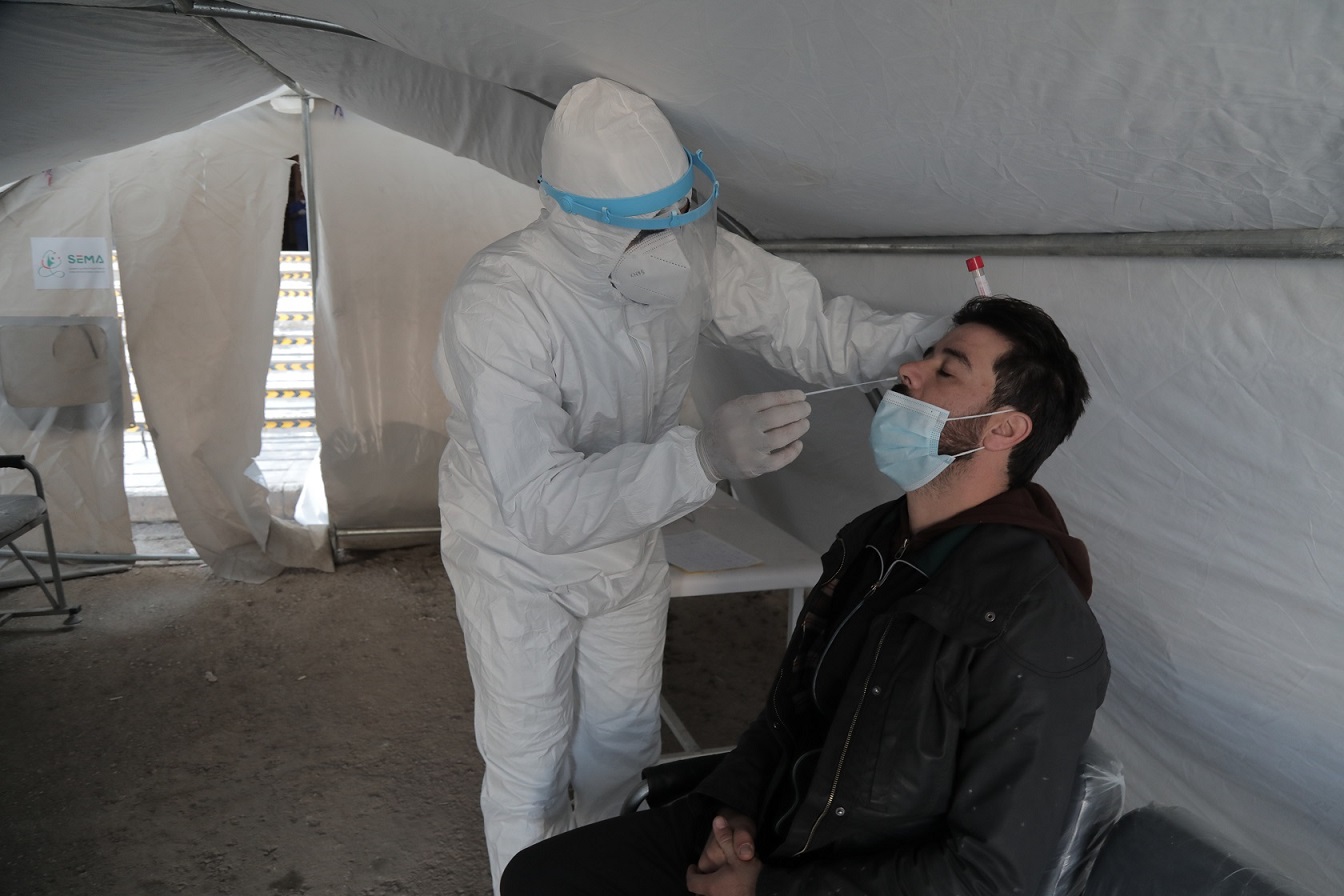 According to the health directorates in Idleb and rural Aleppo, a number of operating hospitals that are working for the response and treatment of severe and moderate cases of COVID-19 is only six. Their capacity reaches to 87 ICU beds and 186 recovery beds; these facilities already lack the full equipment like oxygen generators, ventilators, and radiography equipment. There is also a huge need for the medicine, supplies, and personal protective equipment, and a larger gap in the capacity required for performing the needed tests to identify the disease, as these tests do not even exceed 600 tests per day. In addition, what further reflects the size of this dilemma is the fact that the percentage of the positive COVID-19 results ranges between 30-40% of the total tests, which proves that the disease is quite widespread and it may reach a peak during the end of November and throughout December. 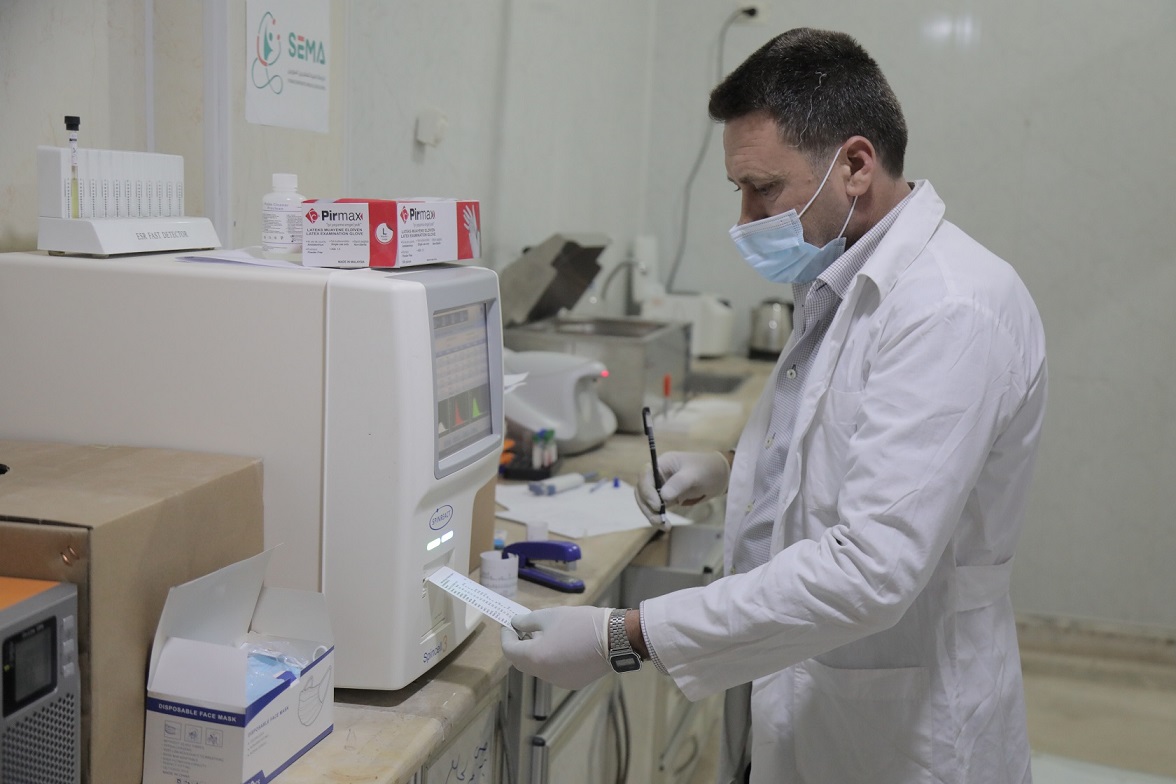 The health directorates had warned of the collapse of the health system and its inability to accommodate the cases that need intensive care by the beginning of November, and, indeed, the percentage of the occupied ICU beds in northwest Syria reached 100% by the second week of November. Finding an ICU bed for a new patient became impossible, and there has been a huge confusion along with a lack of coordination and referral due to the lack of resources and management.

SEMA runs half of the COVID-19 Hospitals in northwest Syria! 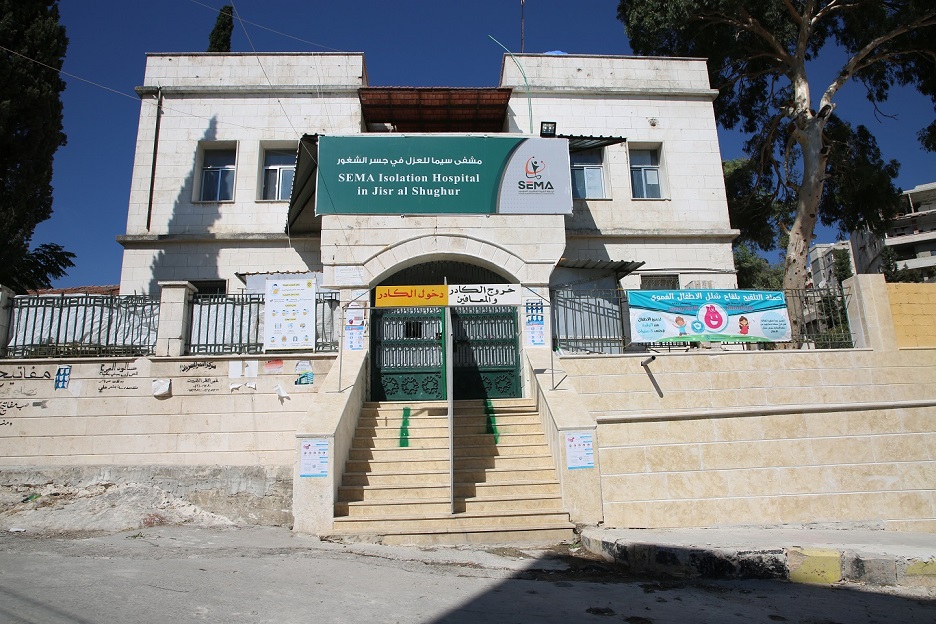 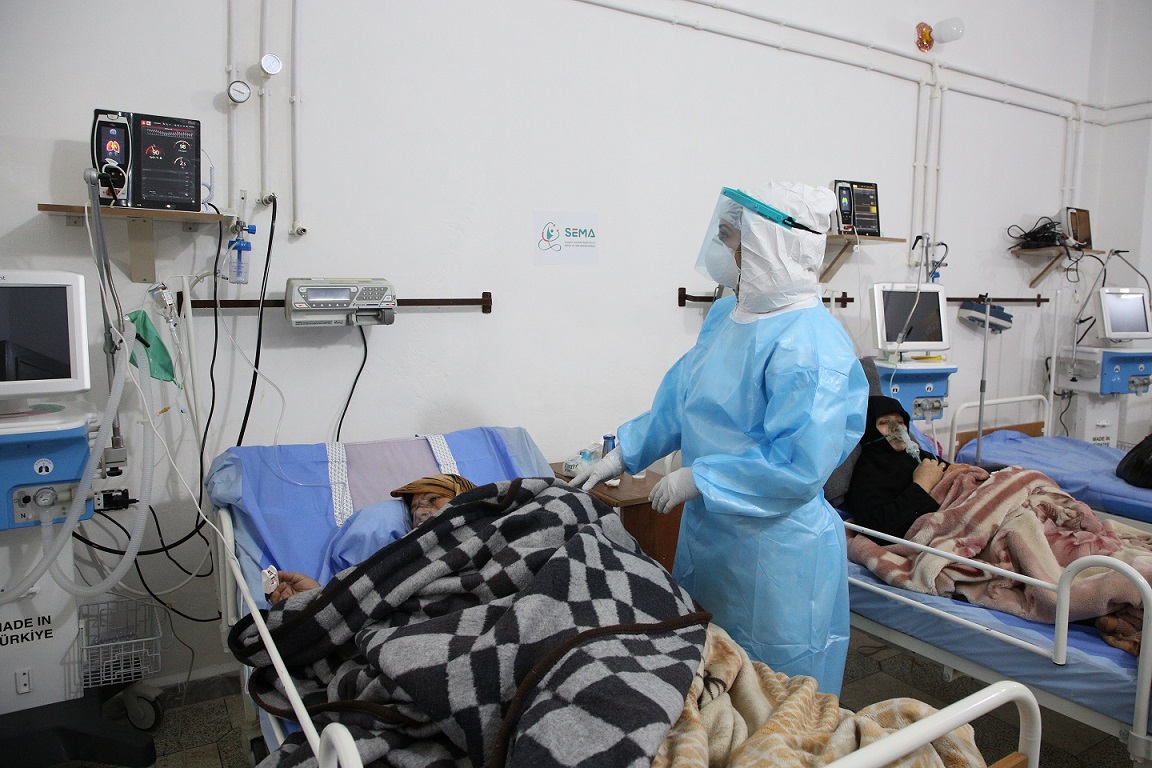 The Syrian Expatriate Medical Association (SEMA) has participated in the response to the spread of the Coronavirus in northwest Syria since its beginning, and it assumed the responsibility to equip and operate three of the COVID-19 hospitals working in the north of Syria (which is half of the existing number). The three hospitals are located in Idleb, Kafar Takharim, and Jisr Ash-Shugur and they contain 25 ICU beds and ventilators as well as 130 recovery beds. As the northern areas of Syria reach the peak of infections, considerable challenges are encountered in the isolation hospitals and they are defined as the following:

Delay in receiving oxygen cylinders, and this is caused by the delay from suppliers, leading to a great gap in securing the required oxygen, the price of which has risen by four times the usual price.

Limited financial resources to support the hospitals, which led to a severe shortage in medicine, supplies, ICU drugs, and personal protective equipment.

Hospitals are full of infected patients and they are working at full capacity although having a serious lack of qualified staff.

Complete absence of the private sector’s role in the response. 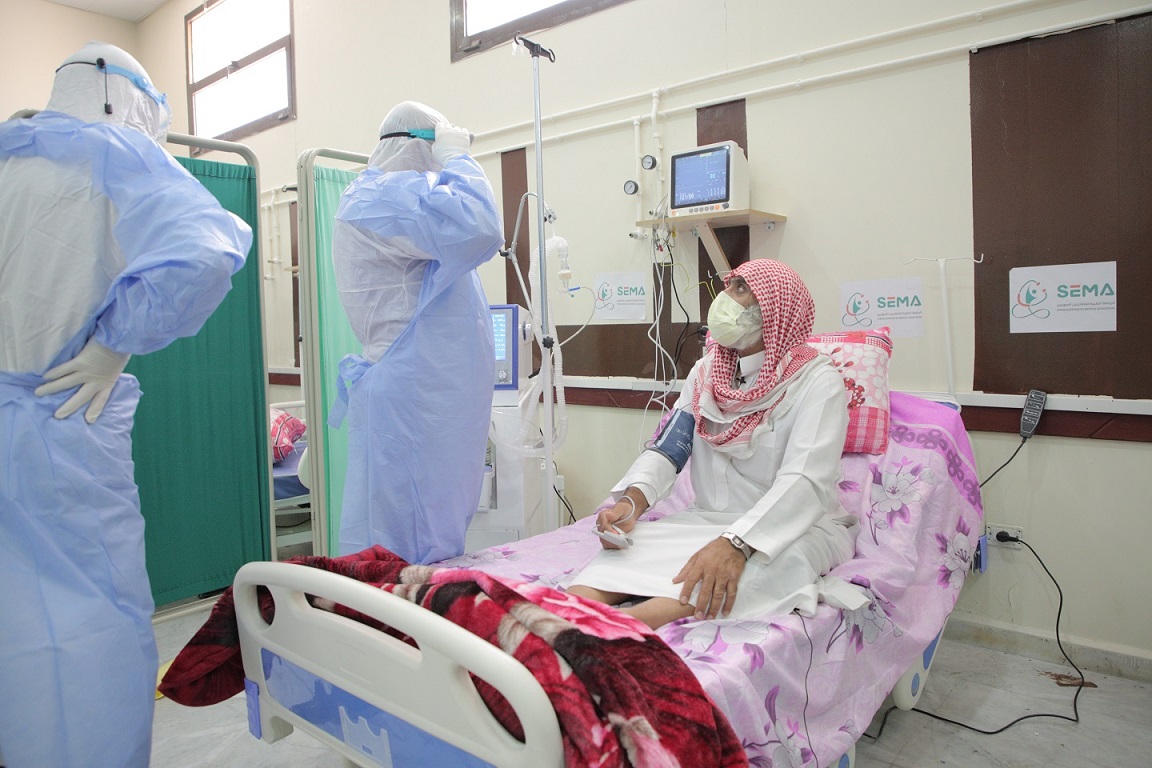 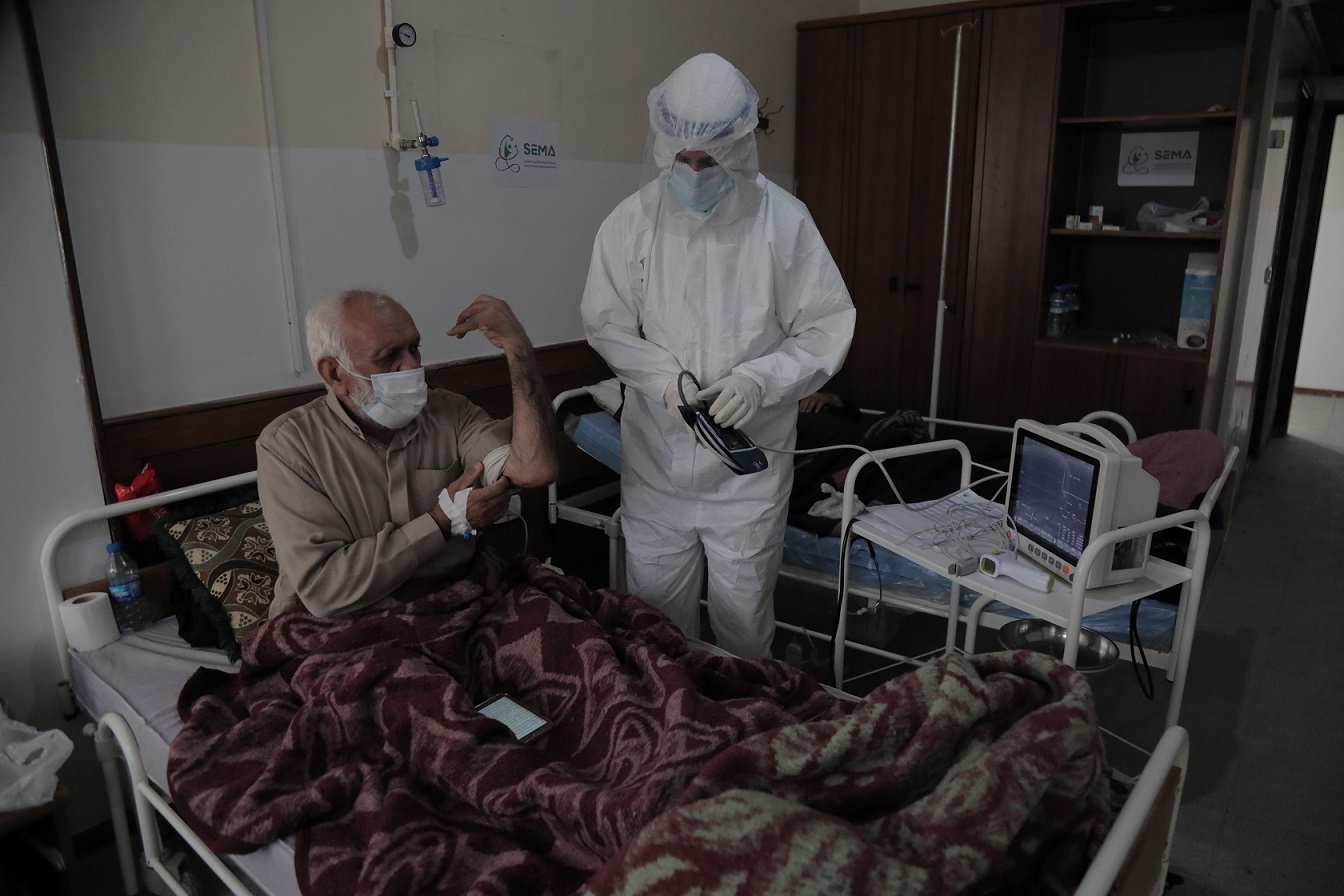 The total number of patients who were received at the three hospitals of SEMA reached 291 patients over three months, 57 of them were in need of intensive care, while a number of death cases among them were 7.

It is worth noting that all of the mentioned cases had symptoms that ranged from moderate to severe.

Your support today will secure continuous treatment for the patients and will save the lives of more infected people! 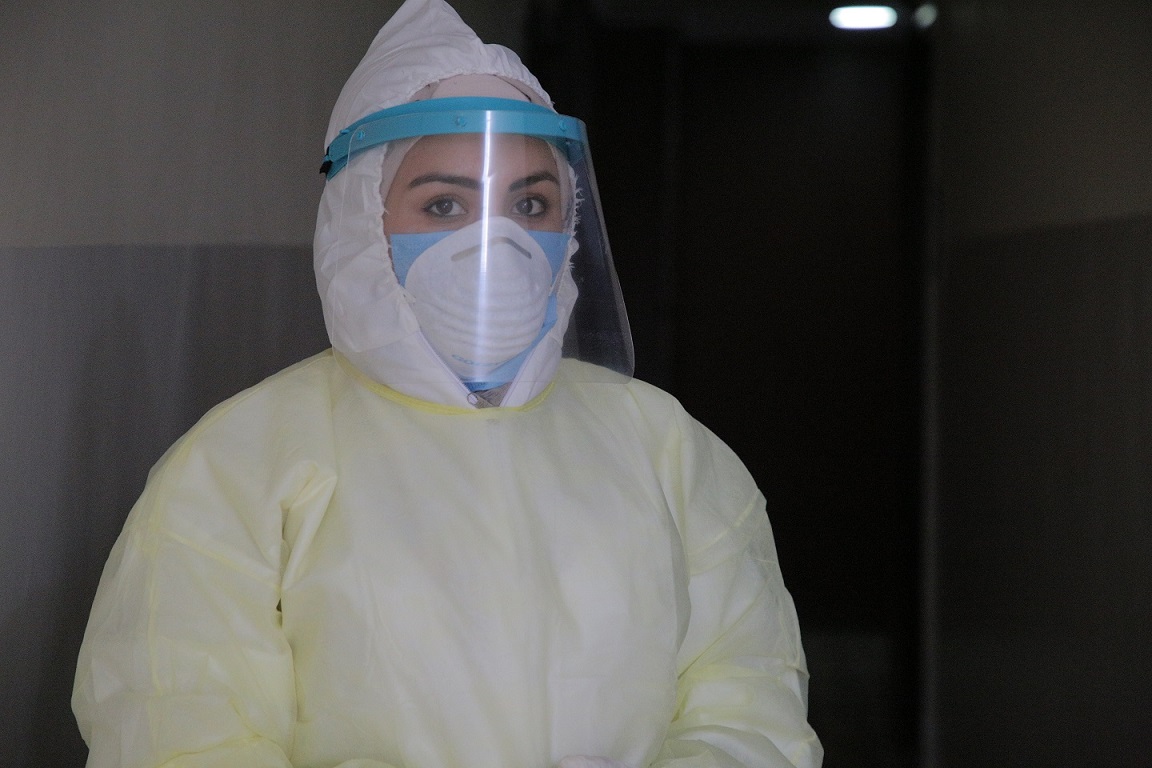 SEMA relentlessly tries to continue providing the needed support and ensure the maximum operation of these hospitals through communicating with international donors and partners. Indeed, SEMA could secure many of the needed equipment and supplies during the first and second weeks of November. However, there is still an urgent need that cannot be postponed and your support is what we count on to guarantee the continuity of work and treatment for all the new infected cases; these needs can be presented as the following:

Providing a shipment of urgent medications to bridge the gap (30% of the needs, which are enough for the hospitals for two months, are for ICU drugs and 70% for other medicines).

Urgently securing the needed staff to meet the severe shortage in the human resources in the hospital.

Emergency Appeal to save the lives of more than 200 patients infected in two months! 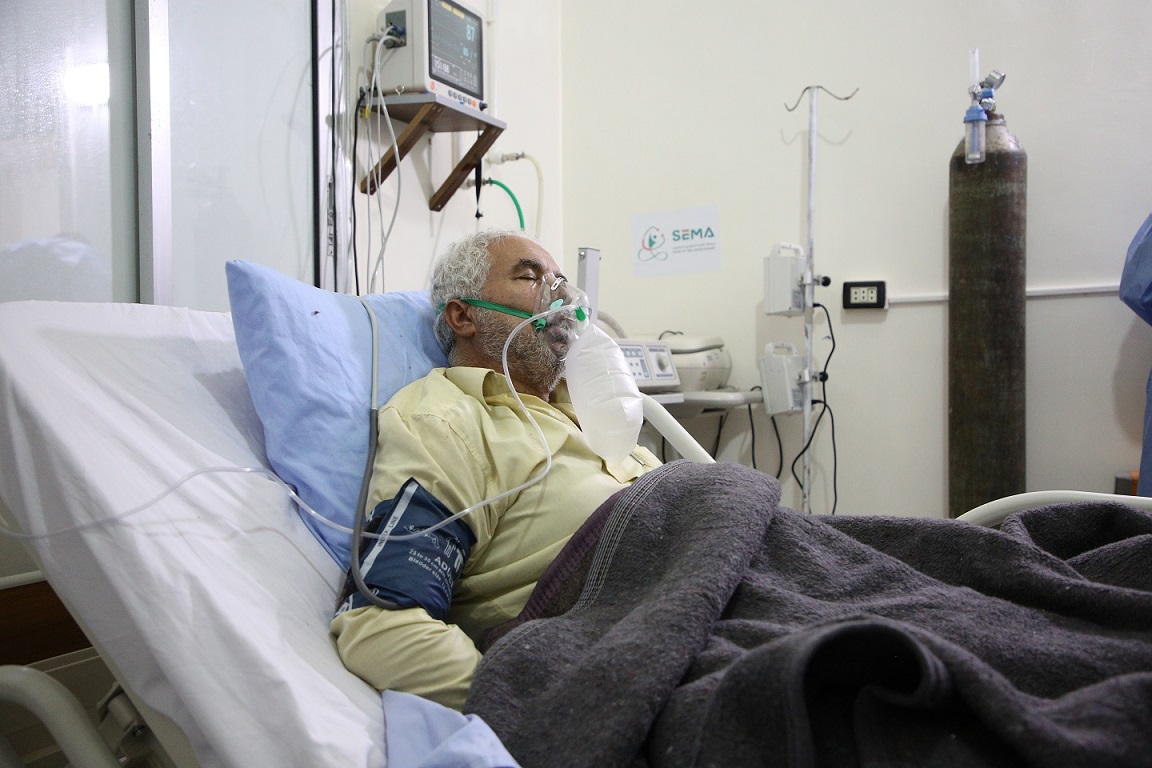 This is an urgent campaign that aims to save the lives of more than 200 Covid19 patients who are expected to be admitted to SEMA’s hospitals in the coming two months.

The campaign’s objective is to meet the most pressing and urgent needs which are: purchasing drugs, medical supplies, and equipment as well as securing the specialized staff. The cost of one ICU patient in the hospital is 75$ per day, and it may reach up to 110$ if the patient is put on ventilation. The patient may also cost 200$ in case he/she needs a dialysis session as a result of the complications. On the other hand, the cost for one patient in the recovery section is 35-50$ depending on the medicines and supplies used and the patient’s case.

Donate now and save a life